We are delighted to announce that there will be a flypast of both a Lancaster Bomber and a Dakota during the Swaton Vintage Day on Sunday 25 June 2017, courtesy of the Royal Air Force.

Estimated flypast times will be published on our website nearer the date and offers a great photo opportunity for those interested in these legendary vintage planes.

The Lancaster is the most famous and successful RAF heavy bomber of World War Two. It is a legend that lives on today and the contribution made by the aircraft and its crews to the freedom of our nation will, hopefully, never be forgotten. The prototype Lancaster took to the air for its first flight from Woodford, Manchester, on 9th January 1941; the first production Lancaster flew later that year on 31st October. 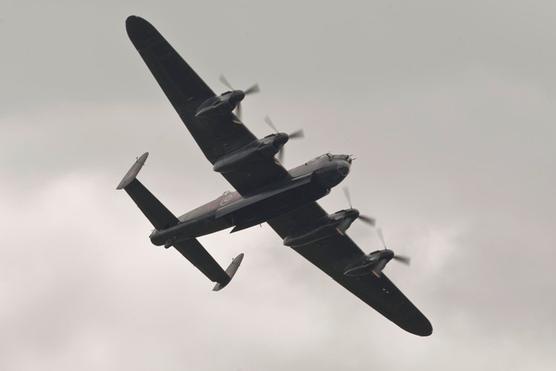 The Dakota is without doubt one of the most successful aircraft designs in history. It became one of the world's most famous military transport aircraft and saw widespread use by the Allies during World War Two and subsequently by Air Forces and civilian operators worldwide.

Entrance to the Swaton Vintage Day costs £5 for adults, £4 for OAP’s, £3 for school age children, £12 for a family ticket and free under five years.

Make a note in your diary and visit us for great family day out. View Our Website for further information.

Be the first to start a conversation

This website uses cookies to improve your experience while you navigate through the website. Out of these, the cookies that are categorized as necessary are stored on your browser as they are essential for the working of basic functionalities of the website. We also use third-party cookies that help us analyze and understand how you use this website. These cookies will be stored in your browser only with your consent. You also have the option to opt-out of these cookies. But opting out of some of these cookies may affect your browsing experience.
Necessary Always Enabled

Any cookies that may not be particularly necessary for the website to function and is used specifically to collect user personal data via analytics, ads, other embedded contents are termed as non-necessary cookies. It is mandatory to procure user consent prior to running these cookies on your website.

Despite the current success of the vaccination roll-out programme we still have a long way to go and there are still many unanswered questions relating to restrictions on movement of people and social gatherings. Due to this uncertainty we have made the very difficult decision to cancel our show for the second year running.

We are extremely disappointed to be making this devastating decision and have been monitoring the news and advice continually.

We have a responsibility to protect the health and safety of the public and reduce potential further strain on our National Health Service. As the situation has unfolded we realise we have no alternative but to cancel.

May I take this opportunity on behalf of our Committee to thank you for your continued support and look forward to continuing with a successful show in 2022.